A Palestinian holds a placard reading "Jerusalem is in danger" during a rally to protest after authorities restricted access to the al-Aqsa mosque compound on October 17, 2014 in Gaza City

Palestinian leader Mahmud Abbas said Saturday legal measures would be taken to prevent Jewish settlers from attacking Jerusalem's flashpoint Al-Aqsa mosque compound, having said their presence desecrates the site.
His remarks follow a recent spate of clashes between Palestinian youths and Israeli police, which erupted when Jews were to visit the complex.
Muslims fear Jewish presence on Al-Aqsa is aimed at usurping the site.
"The Palestinian leadership will be taking the necessary legal measures, at the international level, regarding the aggression of settlers on the Al-Aqsa mosque," Abbas said in a speech to the Revolutionary Council of his Fatah party.
"We will not allow settlers to attack the mosque," he added, referring to the entire compound, which is the third holiest site in Islam.
Non-Muslim visits to Al-Aqsa complex are permitted and regulated by police, but Jews are not allowed to pray at the site for fear it could trigger major disturbances, nor do they enter the mosques there.

Jews pray instead at the Western Wall below.

The site is the scene of frequent tensions and also houses the Dome of the Rock, an Islamic shrine.

It is revered by Jews, who call it the Temple Mount, as the location of the biblical Jewish temples and considered Judaism's holiest place.

On Friday, Abbas had pledged to bar settlers from entering the Al Aqsa compound "by any means."

"They have no right to enter it and desecrate it," he said of the visiting Israeli Jews.

Israeli Foreign Minister Avigdor Lieberman criticised those remarks, which he said showed that Abbas was "trying to inflame the situation by using the most sensitive place, the Temple Mount."

The Palestinian leader's statements proved that "Abbas and the PA were behind the riots" on the compound, Lieberman said in a Saturday statement.

Lieberman further said Abbas's remarks were "incitement against Israelis and Jews and a call for a religious war," which put Abbas "in one front with extremist Islamic organisations, like IS (Islamic State) and Al-Nusra Front, which sanctify a holy war." 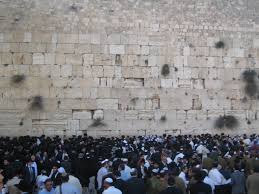 ~News.
Thank you for reading,
~Wassalam

Thanks for informing and inshaAllah the zionists shall pay the price.

little these Zionist know that their actions actually has put jews staying outside Israel lives at stake !

This is there nature.
That is all in a days work for them. Allah swt is enough for them.

Shame on the Zionists that they FAILED to tell apart a mosque from a temple !!!
There was no history what so ever that the mosque situated on top of a jews temple,
it was all along a mosque right to the very beginning,
infact the Aqsa mosque has the identity and famous in history known that Prophet Isa alaihisalam will be brought down from heaven to earrth via @ Al Aqsa Mosque!

In that very mosque the event of Isra' Miraj to heaven.
Bismillahirrahmanirrahim:
Exalted is Allah who took Allah's Servant by night from
al-Masjid al-Haram to al-Masjid al- Aqsa,
whose surroundings We have blessed, to show him of Our signs.
Indeed, Allah is the Hearing, the Seeing.
~Holy qur'an surah: Al 'Isra 17:1

Bismillahirrahmanirrahim:
Assalamu'alaikum!
greeting.
IPHRC condemns ongoing Israeli campaign against Al-Aqsa Mosque.
Published — Sunday 9 November 2014
The OIC Independent Permanent Human Rights Commission (IPHRC) has expressed deep concern over the recent developments in Al-Aqsa Mosque, which have come about as a result of the absence of international intervention, according to an official statement issued by the commission during its sixth regular session.
IPHRC said these developments have come in the aftermath of excessive attacks on Al-Aqsa by extremist Israeli settlers and groups that have gained momentum in recent months, under Israeli police surveillance and protection.
The complacency of the Israeli government regarding such acts is a clear indication that it condones the attempts aimed at altering the Islamic nature of the holy site, a matter that merely serves to incite more extremism, tension and violence.
“The British Commission of Inquiry, founded in 1929 under the British mandate of Historic Palestine, establishes that there is no evidence that Solomon’s Temple existed in this area, and that Al-Aqsa Mosque solely belongs to those of the Muslim faith. Further excavations could not prove otherwise.
“Any attempt to change the nature of the holy site would not only run counter to historic facts, but would also represent a threat to the hopes of a peaceful resolution of the political conflict between Israelis and Palestinians, adding wider dimensions to the conflict,” the IPHRC statement said.
Meanwhile, the commission called on the occupying power to uphold its obligation to ensure the sanctity of and free access to the Christian and Muslim holy sites in occupied East Jerusalem at all times.
Attempts to enforce a division and impose restrictions on access to Al-Aqsa based on age or gender are clear violations of the principle of non-discrimination.
The commission reminded of the obligation of all states under International Human Rights Law to prohibit any advocacy of national, racial or religious hatred that constitutes incitement to discrimination, hostility or violence.
~News.
Thank you for passing by reading,
~Wassalam .

The Al-Aqsa Mosque in Jerusalem has been closed to all worshipers for the first time since 1967. Palestinian leader Mahmoud Abbas called the closure a ‘declaration of war.’

Hands Off our mosqueAlAqsa Israel!