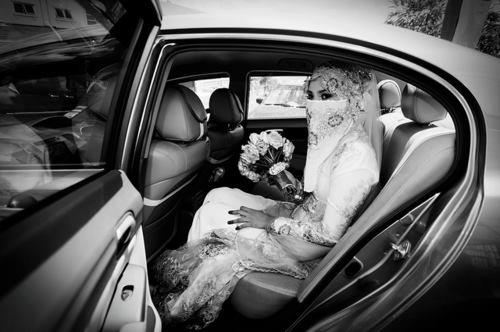 An Egyptian groom ran away from his bride just after she arrived at a Saudi airport after he was shocked at how she looked.

The man had waited for hours at the airport to receive his bride whom he had married after seeing her photographs sent by his brother.

The Egyptian Arabic language daily Al Watan said the man in Saudi Arabia had agreed to marry the woman in the photograph.

“When she arrived at the airport in Saudi Arabia, the groom instantly ran away after seeing her face. Security men chased the man and caught him after thinking he had stolen something,” the paper said without naming the airport.

“But he told them that he was shocked by his bride’s appearance and that he no longer wanted to be with her. The bride later filed for a divorce and compensation.”

Crazy groom and crazy bride. They are perfect for each other.

How shallow does he have to be? I'm sure she wasn't that unattractive! But anyway...that's why it's important to always see who u are about to marry beforehand and actually have a face to face conversation with them!