Article The beauty of Istighfar

Havent been posting for quite some time, its kinda lengthy but please spare some time insya Allah! 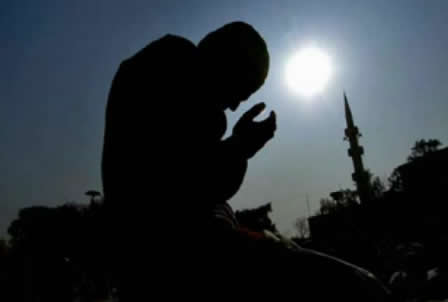 When reading through the books, in particular the biographies and statements of our pious predecessors, one beautiful thing that always amazes me is how important Istighfar (seeking forgiveness) was to our Salaf and how deeply engaged they were in this particular act. Now, these were a people who lived and breathed Islam, whose hearts overflowed with Iman, yaqin (certainty), humbleness, and all good, and they were of tremendous worth in the Sight of Allah. They were the scholars, the righteous and pious, the sincere worshippers of Allah `azza wa jall. They were our best generations whose sins were few and good deeds were many… and yet you’ll find that they never stopped seeking forgiveness. In fact, they’d spend some of their nights weeping and some of their days in sadness; always seeking forgiveness.

Incredibly, in our current times, we’ve come to almost abandon this virtue of constant istighfarand only seem to associate it with the major sins and when we fall into grave matters! But in reality, we shouldn’t seek forgiveness only when we fall into some wrong; rather it should be something that’s continuously present in our daily life regardless of whether we perceive a sin on our part or not. And this is what kept the righteous people engaged in this virtuous act; they knew the nature of the soul and the nature of the human being. Sometimes we fall into sin, sometimes we fall short in our duties, sometimes we forget and make mistakes, sometimes we lose sight of the ultimate purpose of our existence, sometimes we lose track of our sincerity and intentions, sometimes we suffer a spiritual loss without realising it, and sometimes our Deen spirals downwards and we do not even acknowledge it. We slowly begin to lose out on the Akhirah (Hereafter), but we remain in complete obliviousness.

Seeking forgiveness and repentance is hence crucial for the human who has these short-comings. By nature and by definition we are a creation prone to forgetfulness; and naturally we forget our sins and forget our shortcomings. For many of us, we do not even acknowledge when we fall into the wrong and this is perhaps the scariest thing.

The effects of sin are many, but I just want to focus on a few:

1. One effect of sin is that a person will find themselves prevented from knowledge. I guess we’re all aware of the famous poem by Imam al-Shafi’i wherein he said,

“I complained to Waki’ regarding my poor memory
So he guided me to abandon all sins
And he said to me ‘The Knowledge of Allah is a Light
And the Light of Allah is not given to a sinner.’”

Point being is that Allah is Tayyib (good) and He accepts only that which is tayyib (good). Sins on the other hand are a form of oppression (as the sinner only oppresses themselves) and this represents darkness as deduced from the hadith of the Prophet (sallallahu `alayhi wa sallam) when he said, الظلم ظلمات يوم القيامة “Oppression is darkness on the Day of Judgement.” [Agreed upon] The knowledge which Allah `azza wa jall has revealed and taught to His Messenger (of Qur’an and Islamic ‘ilm) is enshrouded in light and is in fact light itself – so it’s not proper for this light to remain in the dark caverns of a sinner’s heart. Darkness and light cannot co-exist. So persisting in wrong will forever keep you in darkness and prevent knowledge from reaching you and saving you. However, there is a way out… When you allow knowledge to benefit you and you act upon it as much as possible (beginning with abandoning sins and breaking its chains), darkness will instantly begin to fade away.

2. Another effect of sin is that a person will find themselves prevented from their rizq (provisions) or restricted in their livelihood. Do you ever find yourself in financial constraints without knowing why? Do you find that there is no barakah (blessing) in your money; the pay check arrives and within a few days or weeks you’re down to restricted means again? Maybe you keep seeking avenues to make a living but find every door closes on you and frustration just keeps building up? Perhaps this is a time to sit with your soul and seek forgiveness.

When the slave of Allah is continuous in Istighfar and Allah knows that they are always aware of their doings and they are cautious not to fall into sin, He will provide for them at every instance:“… And whoever fears Allah, He will make a way out for him and provide him from whence he did not expect.” [al-Talaq:] He will bring them job opportunities without them even seeking or searching for it. The blessings of wealth, health and good means is brought to them and the Dunya itself brought to their feet. This is because the more God-conscious a person is, the higher their level of Taqwa. This means they are constantly thinking of their relationship with Allah and their focus is on the Hereafter, so Allah takes care of their Dunya and fills their life with provisions to help them maintain their focus on the Hereafter and His Remembrance. How Kind He is, subhanahu wa ta’ala.

So the smart one realises that just as sins prevent provisions in life, seeking forgiveness will expand the provisions in their life, so they do not abandon it.

3. Another effect of sin is that one’s supplications are prevented from being answered. In Sahih Muslim, there is a hadith of the Prophet (sallallahu `alayhi wa sallam) where he mentioned the case of a man who: “… having journeyed far, is dishevelled and dusty and spreads out his hands to the sky saying, “O Lord! O Lord!” (crying out in du’a) – while his food is unlawful, his drink is unlawful, his clothing is unlawful, and he is nourished from the unlawful, so how can he be answered?”

This ties in with what’s called ‘akl al-haram’ in Arabic, i.e. consuming from the unlawful. One of the greatest dangers we face in the West is the consumption of Riba’ (interest), the effects of which are deadly and tremendous. If things are not working out in your life, if despite your good job and family, there always seem to be problems and discontentment in life, then seek forgiveness; perhaps major sins such as this have come between you and Allah so you no longer find peace and happiness in your provision.

The Messenger of Allah (sallallahu `alayhi wa sallam) taught us well when he encouraged us with one particular supplication in this grand month. He taught us to engage in saying:

Hence seeking forgiveness is not just for the sinner, but it is a habit of the righteous and pious. Allah opens doors and bestows many blessings upon a person by virtue of their istighfar and remembrance.

Yup its from fajr's blog. Didn't include the source right there!

Jazakallah Khair for posting this reminder !
By the way , I want to know what is "Fajr's blog"; It seems it's a good blog ...
plz do share the link Insha Allah
U

Jazakallah Khair for this reminder.

And i feel we need to make Istigfar at all times because Istigfar is not only about asking forgiveness from the sin, but Istigfar also removes the pain/darkness from the heart. So if we constantly do Istigfar, the light remians, but if we ever make the mistake of 'only repenting when we do something major', then it might be too late and our heart might lose it's light slowly.
N

A person once came to Prophet Muhammad (peace be upon him) to embrace Islam; but he had placed a condition upon the Prophet for accepting Islam, that God should forgive his past sins.

Then the Prophet answered:"Do you not know that accepting Islam destroys all sins which come before it?" (Muslim)

He also said, "Allah has divided mercy into 100 parts, and He retained with Him 99 parts, and sent down to earth 1 part. Through this one part creatures deal with one another with compassion, so much so that an animal lifts its hoof over its young lest it should hurt it." (Al-Bukhari)

Salam, it is a nice attempt to deliver the spirituality of Islam. Islam is not spread by itself but it was the true and hardworking devotion of pious people who preached and presented true picture of Islam. May Allah Almighty guide us for doing righteous Istighfar Amin.

faaraa said:
By the way , I want to know what is "Fajr's blog"; It seems it's a good blog ...
plz do share the link Insha Allah
Click to expand...

It's just a blog that's run by a sister who studies (studied) in Egypt Here's the link to this article http://fajr.wordpress.com/2012/08/16/the-beauty-of-istighfar/
S