The Prophet and the Alcoholic - A story of kindness and love

and The Alcoholic
by: Sheikh `Abd al-Wahhâb al-Turayrî, former professor at al-Imâm University in Riyadh 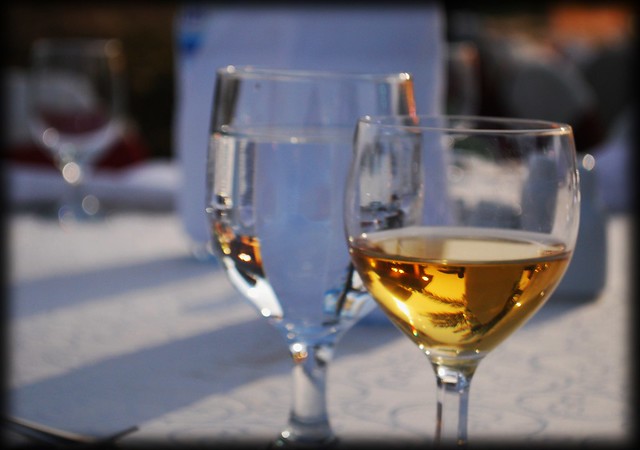 There was a man named `Abd Allah who loved Allah and His Messenger so much that the Prophet (peace be upon him) had to declare about him: "Indeed, he loves Allah and His Messenger." [Sahîh al-Bukhârî (6282)]This man named `Abd Allah so loved the Prophet (peace be upon him) that he used to delight in presenting the Prophet with any delicacy that came to Medina, so when any merchant caravan arrived with something like butter or honey, he would take it for him as a gift. Later, when the seller demanded payment, `Abd Allah would bring the seller to the Prophet and say: "Give this man its price."

The Prophet (peace be upon him) would then say: "Didn't you give it to me as a gift?"

`Abd Allah would say: "Yes, O Messenger of Allah; however I cannot afford to pay."

The two of them would laugh together and then the Prophet (peace be upon him) would have the merchant paid.

This was the type of close and jovial relationship that `Abd Allah and the Prophet had with each other.

It remains to be said that `Abdullah was an alcoholic. He would often become so drunk that he had to be brought staggering through the streets before the Prophet (peace be upon him) to be sentenced for public drunkenness, and each time, the Prophet would rule to have the prescribed punishment carried out. This was a common occurrence.


After `Abd Allah had departed from one of these all too frequent sentencings, one of the Companion's declared about `Abd Allah: "O Allah curse him! How often he is summoned for this!"

The Prophet (peace be upon him): rebuked that Companion, saying: "Do not curse him, for I swear by Allah, if you only knew just how very much indeed he loves Allah and His Messenger." [Sahîh al-Bukhârî (6282)] He then added: "Do not help Satan against your brother."

We can learn a lot from the Prophet's attitude.

This shows us that in the society envisioned by the Prophet (peace be upon him) people were not segregated into the pious and the sinners, with social interactions debarred between the two groups. Rather, it was a unified, inclusive society, where each person could be at a different level of piety. Some were at the forefront of righteousness, some were moderately pious, while others were prone to fall into sin. However, no one lived aloof from society, nor was anyone shunned. Everyone remained part of society.

This inclusiveness meant that when some members of society fell into error, the effects of their mistakes were limited and short-lived. No one was marginalized, so there was no chance sinfulness to grow on society's "fringes". When anyone made a mistake, there was no end of brotherly support from others in society who were more than willing to lend a helping hand and get that person back on track.

Another lesson the Prophet's conduct shows us is the importance of maintaining a positive outlook. In spite of the fact that `Abd Allah was frequently being summoned before the Prophet (peace be upon him) for public drunkenness, the Prophet drew everyone's attention to one of Abd Allah's positive qualities – that he loved Allah and His Messenger. Yet, when we think about this particular quality, we find that it was not something unique for `Abd Allah, but a quality that all believers have in common. Nevertheless, the Prophet (peace be upon him) chose to praise `Abd Allah for this reason. In doing so, the Prophet could cultivate, encourage, and strengthen this quality in everyone. He also reminded them that if someone slips up, that person's faith and love of Allah is still intact.

We can imagine how `Abd Allah must have felt when he learned that the Prophet (peace be upon him) said this about him. He must certainly felt it as an immense honor to have Allah's Messenger declare this about him. It served to help him overcome his bad habit and gave him hope, by confirming that his essential being was not permanently marred by the mistakes.

It was the Prophet's way to point out the good qualities of those who sinned and fell into error. We sometimes forget this, and treat past sins as impenetrable barriers to future good. A person who commits a shameful deed is never allowed to live it down, but is instead often remembered only for that sin. We need to realize that this helps Satan to avail upon the sinner and get that person to sin again. The Prophet's approach, by contrast, inspires virtue. When reminded of `Abd Allah's frequent drunkenness, he boasted of that man's possessing the greatest virtue of loving Allah and His Messenger.

Finally, `Abd Allah had done something that was clearly wrong. There can be no doubt that `Abd Allah committed a sin. Imbibing intoxicants is a major sin, and the Prophet (peace be upon him) had often cursed wine. Nevertheless, after the Prophet had the prescribed sentence carried out upon `Abd Allah for his public drunkenness, he did not seek anything further against him. He saw any further reprimand to be helping Satan against the man. Rather, he turned everyone's attention to his merits that compensate for his shortcomings.

This should give us pause, when we consider how harshly we sometimes behave in our disagreements with others whose transgressions are far less serious or certain than `Abd Allah's were. Sometimes, it is merely our opinion that someone has done something wrong and the matter is really open to other points of view, but we still have no hesitations about railing against our opponents with everything in our verbal arsenal. How far this is from the example set by the Prophet (peace be upon him), who when faced with a person committing an obvious sin, still found it better to speak good about that person. He still kept up his good relationship with that person, despite his shortcomings.

The Prophet's conduct with `Abd Allah is an excellent example for us, full of valuable lessons regarding not only how we should treat one another, but how society can foster social bonds that are strong, wholesome, and nurturing, bonds which can serve to dissuade people from falling into sin.