CHICAGO (Reuters) - An unofficial gauge of human misery in the United States rose last month to a 28-year high as Americans struggled with rising inflation and high unemployment.

The misery index -- which is simply the sum of the country's inflation and unemployment rates -- rose to 13.0, pushed up by higher price data the government reported on Wednesday.

The data underscores the extent that Americans continue to suffer even two years after a deep recession ended, with a weak economic recovery imperiling President Barack Obama's hopes of winning reelection next year.

Consumer prices rose 3.9 percent in the 12 months through September, the fastest pace in three years.

With gasoline prices high, consumers have less to spend on other things. Moreover, a rise in overall prices saps economic growth, which is typically measured in inflation-adjusted terms.

The last time the misery index was at current levels was in 1983. But in 1984 an improving economy probably helped President Ronald Reagan win reelection. This year, the index has risen more than 2 points.

"Any lowering of inflation isn't going to have much effect. People are just focused like a laser on unemployment," said independent political analyst Stuart Rothenberg.
Analysts polled by Reuters last week saw the jobless rate -- currently stuck at 9.1 percent -- barely ticking down to 8.9 percent by the end of next year. With the election in November 2012, the expected decline looks unlikely to help Obama's job prospects much.


It’s no secret that the U.S. housing market has seen better days. From falling home values and impaired labor mobility, to backed-up inventories and a flood of foreclosures, there are countless ways that real estate affects the economy at large.

One of the unfortunate results of a bad housing market is an increase in vacant homes, which has grown by 43.8 percent since 2000, according to the U.S. Census Bureau. Homes can be vacant for various reasons, but they are defined as both rental inventory that are unoccupied and “for rent,” as well as homes that are unoccupied and up for sale. As of the 2010 Census, there were approximately 15 million vacant housing units in the country, with an 11.4 percent gross vacancy rate nationwide.

Much like the range of diversity in home values from city to city, homeowner and rental vacancy rates vary dramatically depending on where you live. Every quarter, the Census publishes data on homeowner and rental vacancies in the 75 largest U.S. cities that reveal which metro areas have the highest number of empty homes. The cities listed here are ranked by CNBC.com according to equal-weighted rankings in both rental and homeowner vacancies, which reveal the most significant outliers in both categories relative to other major U.S. cities. 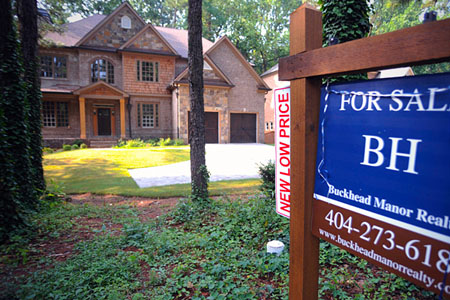 
Atlanta’s homeowner vacancy rate is the fourth highest among other major U.S. cities, standing at 5.4 percent. The rate has been rising since early 2010, when it stood at just 2 percent. Rental vacancies have been much worse for Atlanta — in 2010, the rental vacancy rate never dipped below 13 percent and was as high as 14.9 percent at the beginning of the year. 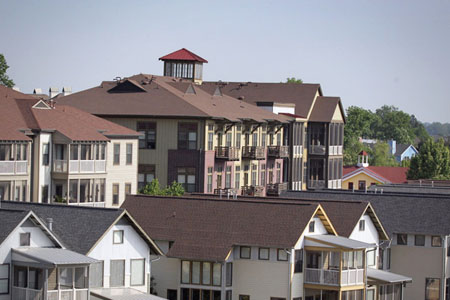 For both rentals and owned homes in Memphis, the proportion of vacant homes is high compared with most other major U.S. cities. With a rental vacancy rate of 13.5 percent, the city is the 11th highest in the nation, while the 4 percent homeowner vacancy rate ranks the city ninth. 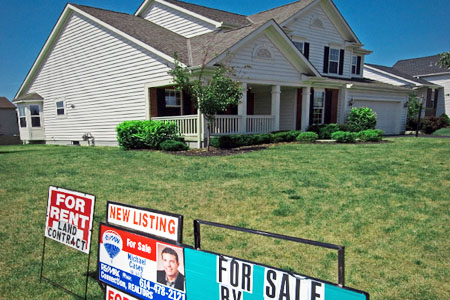 Toledo, Ohio, has the highest rate for rental vacancies at 19.3 percent, although in the third quarter of 2010 the rate was much higher, at 24.1 percent. Toledo also has a high number of empty homes, at 3.6 percent, which ranks it 17th among major U.S. cities. 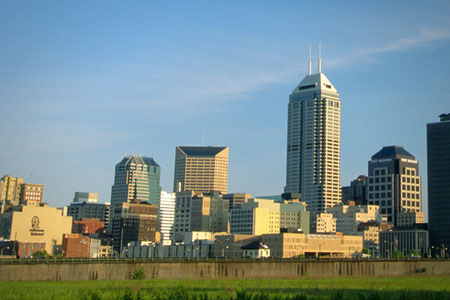 Indiana's capital is vacant all around.

The capital of Indiana is also one of the emptiest major cities in the country, according to data from the Census Bureau. The 5.2 percent home vacancy rate in Indianapolis ranks it fifth in the country, while the 13.5 percent rental vacancy rate places it 10th. With these levels, the city is more vacant than nearly every other major U.S. metro area. 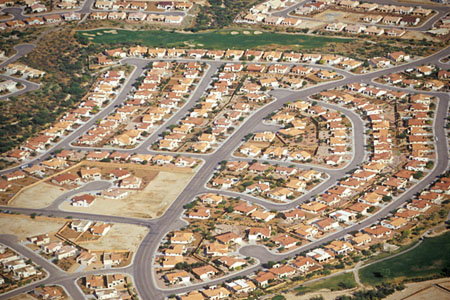 The most vacant city for homeowners is Tucson.

The emptiest city in the U.S. is the second-largest city in Arizona: Tucson. With rental vacancies at 15.9 percent, the city is seventh most vacant among major cities, while the 6.8 percent homeowner vacancy rate is the highest in the country as of the second quarter of 2011.