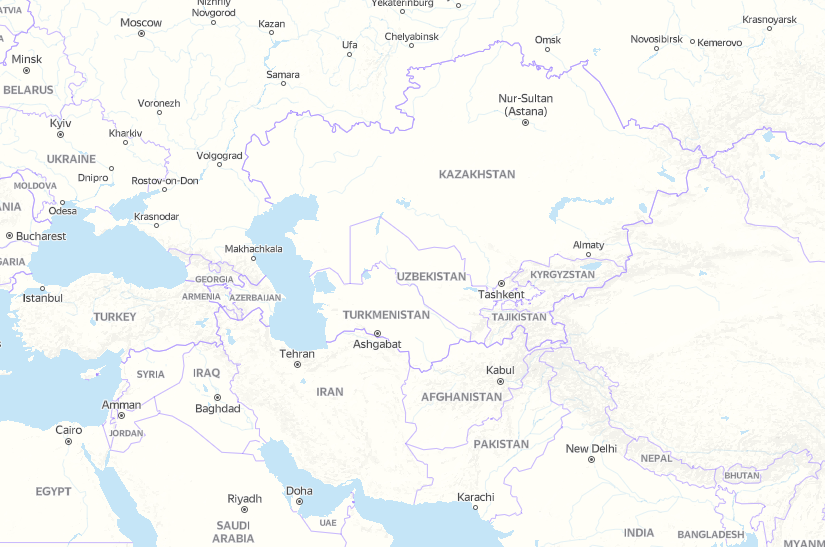 ​
The return of Afghan Mujahideen to Kabul sent waves of joy throughout the Muslim word. America, on the other hand, began closing down its embassy and vacating its officials, while Afghanistan’s puppet president Asraf Ghani fled the country. A few thousand lightly-equipped fighters were able to destroy the hubris of the world’s only superpower, just as their predecessors had done twice before, with the superpowers of their time: the Soviet Union and Britain.

America’s defeat is a victory not only for the Muslims in Afghanistan, but also of those in Pakistan, who had severely opposed American occupation by helping the Afghan Mujahideen in every possible way. However, what’s separating the Muslims of these two countries today is the Durand Line, which was initially established by imperial Britain’s Foreign Secretary Mortimer Durand in 1893 between the Indian subcontinent and Afghanistan, and made permanent after the Third Anglo-Afghan war in 1919. This Durand Line represents Britain’s failure to occupy Afghanistan, despite fighting three wars. So the British established the Durand Line at the limit of the land they were able to conquer, notwithstanding the fact that people on either side of this line belonged to the same Pashtun tribes and are intimately related to one another. Hence, the Durand Line is a completely artificial and an unnatural border from its very basis. Even though Britain withdrew from the Indian subcontinent after dividing it into two parts, the Durand Line persists to this day.

Now that America has been badly humiliated and forced to flee from this region and Afghanistan is completely in control of the Muslims, what excuse do we have in keeping such an artificial and unnatural border, originally fabricated by foreign colonialists, that separates two Muslim lands despite the fact that they both are physically connected with each other? Furthermore, since the Central Asian states had also gained independence from the Soviet Union after its collapse in 1991, and today they are totally under the authority of Muslims, then why should it not happen that a single larger Islamic state comprising of the lands of Pakistan, Afghanistan and the Central Asia may be established that may emerge not just as a regional power, but a global power in the world?

If we look at these regions, we can clearly see that on one hand, we have Pakistan which is a nuclear state and full of natural and agricultural resources - which neither the political nor the military leaderships have ever utilized to strengthen the Muslims of this region in the real sense of the word - while, on the other hand, we have Afghanistan which too has abundance of natural resources. According to a report published by the New York Times on June 14, 2010, a group of geologists and officials from the Pentagon estimated that Afghanistan was sitting over natural resources of worth $1 trillion. These included iron, copper, gold, cobalt, niobium and rare-earth elements. Furthermore, the report declared Afghanistan to be the ‘Saudi Arabia of Lithium’ because of the vast reserves of lithium found in its land.

The importance of all of these resources in today's world and in the near future can be gauged from their specific uses. Besides gold and iron, which do not require elaboration, copper is used in power cables and electronics due to being a perfect conductor of electricity. Cobalt and lithium are used in rechargeable batteries and electric vehicles, whereas niobium is needed for making a particular type of stainless steel. Rare-earth elements are used for making optical fiber cables which are the backbone of the modern communication systems. The entire world needs these minerals urgently today and the said need is going to exponentially increase in the near future. These surveys were first carried out by the Soviet Union in the 1980s. America found these surveys’ results in 2004 in an abandoned library in Kabul and was able to use advanced technology to build upon them by surveying almost 70% of the Afghan territory. These surveys ultimately culminated in this report in 2010.

As far as the natural wealth of the Central Asian states is concerned, a 1,000 miles long pipeline was once planned in the 1990s to carry the oil of Central Asia from Turkmenistan to the Arabian coast in Pakistan via Afghanistan. The said pipeline was planned to carry around 1 million barrels of oil daily. All this is just a glimpse of the resources that this region possesses at large.

Hence, the Muslims of Pakistan, Afghanistan and Central Asia can join together to form a single state which will not only be self-sufficient in resources, but also be able to thwart Indian plans for the region and emerge as a major player in international politics. The humiliating defeat that America has suffered at the hands of a few thousand low-equipped fighters in Afghanistan makes it clear beyond doubt that it will not dare enter this region again, especially after the Muslims would have unified this region into a single state, just as Britain and the Soviet Union never tried establishing their foothold after their respective defeats.

Now that the America has been expelled from Afghanistan, Pakistan must follow suit and terminate its agreements with America regarding the Air Lines of Communication (ALOC) and Ground Lines of Communication (GLOC), which allow American military, access to Pakistan’s airspace and land routes, since these agreements help maintain whatever’s left of American influence in the region. Until America is not completely expelled from this region, it will continue to meddle, and retain the capability to expand its evil influence whenever it wants.

Along with this, it is also essential that CIA networks within Pakistan - which continue to work under the cover of the American Embassy and Consulates - are also completely eradicated. These networks carry out espionage activities for the American government, and until Pakistan does not put an end to them, its own intelligence and sensitive state secrets will not be safe. One must always remember that the presence of these networks is not beneficial to the Muslims of this region in any way whatsoever.

Furthermore, Pakistan must also stop playing the role of a facilitator of American plans for this region. It must stop pressurizing the Afghan Taliban to negotiate with the American government, since these will only help realize American plans for the region. Negotiations are one of the deceitful ways that America uses - usually when it realizes that it has been defeated – in order to harm its enemies, and to gain advantages for itself. Facilitating America will only allow it to re-enter this region through the backdoor after exiting from the front.

The power of Muslims should not be derived from the colonial states such as China, Russia or America. Instead, it should be found within the oneness of the Muslim Ummah, and from a single state that unifies all of Muslim lands, armies and resources under one banner. Pakistan’s real rulers must now decide whether they want to continue to serve American interests as they have done so far, or instead bring down the Westphalian order by erasing the artificial Durand Line and unifying Muslims under a single banner, liberating all of the occupied lands including Kashmir and Palestine and taking Islam’s just system to the rest of world.