Six Steps for Beginners for Mastering the Arabic Language

What is the charm of the Arabic language? Why would anyone invest effort and time to learn it?

Is it difficult to learn Arabic? Yes, it is a challenging but rewarding endeavor. Arabic is not just a spoken language among people, like other languages, rather it is the language through which Almighty Allah spoke with to our prophet Muhammed (peace be upon him). It is the language of the Qur'an.

Arabic is one of the Semitic languages, the fourth most spoken language in the world, with nearly 467 million people speaking it worldwide and the official language for the Arab and some other countries. 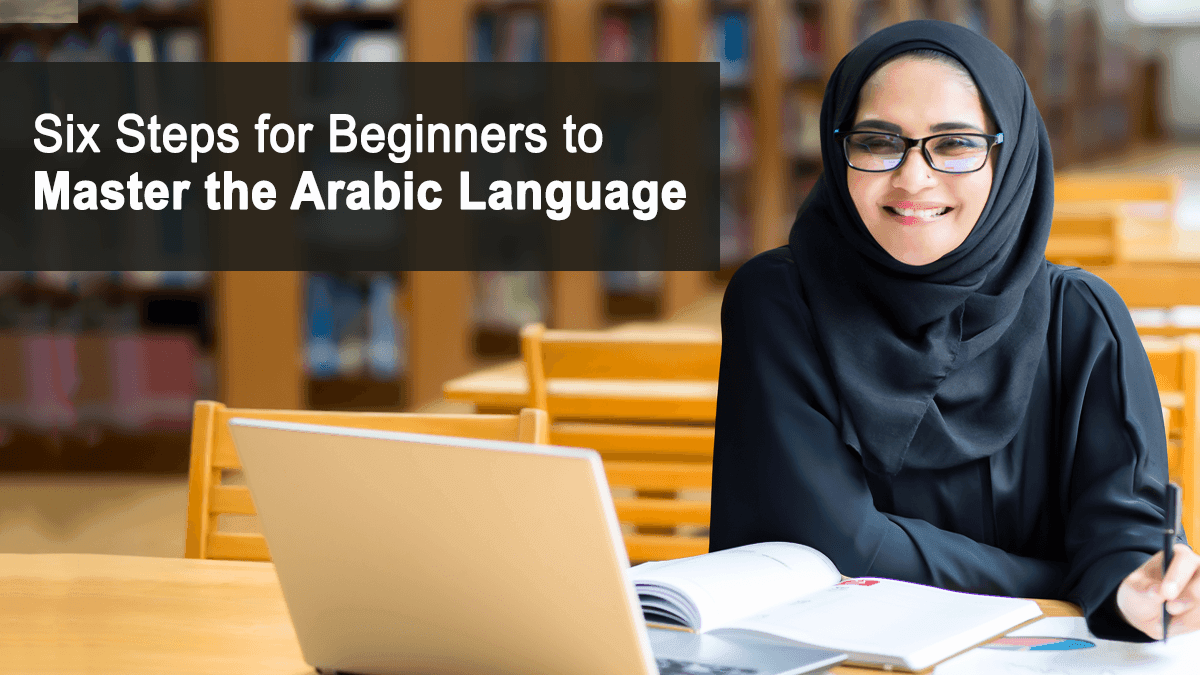 Indeed, learning a new language is always a courageous step, but when a new language does not share roots with your native language, it is even more difficult. So, as a beginner, how can one learn Arabic? What are the most useful steps that simplify the learning process?

Arabic has an entirely different system of alphabets, and there are almost no shared words between it and the English language. Fortunately, there are useful steps for a learner to make the learning method easier. Without a doubt, these steps need perseverance, commitment, hard work, and time.

You have to choose which type of the Arabic language you need to learn since there are three types; which are:

The non-standard Arabic (which has many dialects such as the Egyptian, Levantine, Moroccan, Iraqi, and others)

Sometimes an Arabic speaker cannot understand other dialects even if both have the same origin, Arabic. A very critical reason that may help a foreigner to choose which type to learn is the purpose he/ she seeks. For instance, if you are a Muslim and you want to learn how to read the Holy Qur'an, to feel the sweetness of the words of the Almighty Allah, and to understand his teachings, you need to learn the old standard Arabic. Also, if you want to learn Arab history or science, the new standard Arabic will be sufficient for this purpose. Whereas if you want to know the Arab culture, understand their music and films hence the dialectic language should be your choice. You need to choose which one is suitable for you to learn; the Egyptian and Levantine are the most popular ones.
You must log in or register to reply here.
Share:
Facebook Twitter Reddit Pinterest Tumblr WhatsApp Email Share Link
Top