Built by the Mughul emperor Akbar in 1571, the abandoned capital city of Fatehpur Sikri is the translation of the emperor's visionary philosophy into red sandstone. The Mughul capital for fourteen years, Fatehpur Sikri was built in honor of the famous Sufi saint Salim Chishti, who predicted the birth of Akbar's first son; Salim Chisthi was from the nearby village of Sikri. Akbar was later forced to abandoned this capital, possibly because of a lack of water. An example of a Mughul walled city with defined private, administrative, and sacred areas, Fatehpur Sikri blends Hindu and Islamic styles in a manner that embodies Akbar's cultural integration of India's storied past and its Islamic heritage under the Mughuls. Sadly, after it was abandoned, many of its treasures were plundered; Fatehpur Sikri was rescued from obscurity in part to the tireless efforts of Lord Curzon, who began the process of restoration. Fortunately, its construction in an arid region has aided greatly in its preservation, making Fatehpur Sikri perhaps the world's best preserved "ghost town." 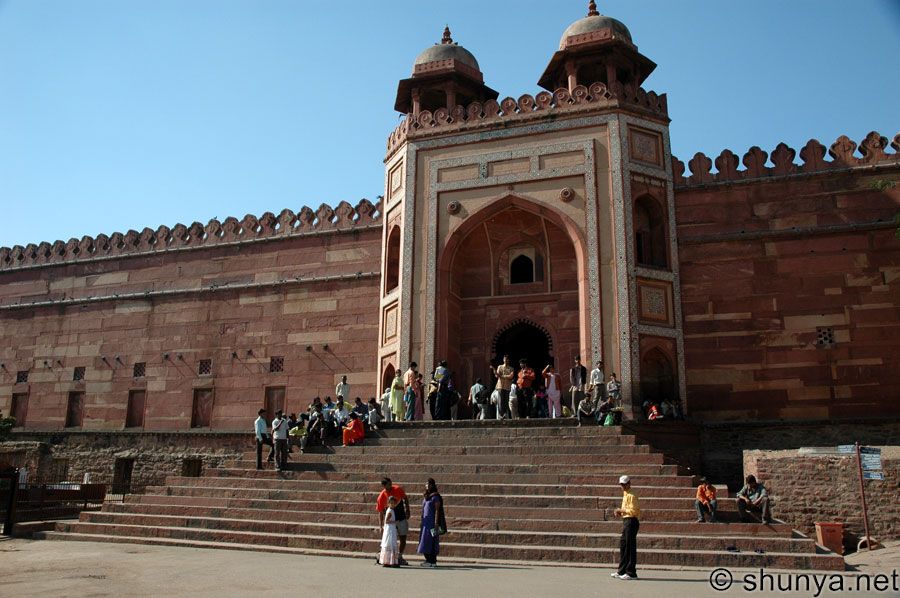 Jalaluddin Muhammad Akbar (جلال الدین محمد اکبر Jalāl ud-Dīn Moḥammad Akbar), also known as Akbar the Great (Akbar-e-Azam) (November 23, 1542 – October 12, 1605)[citation needed] was the son of Nasiruddin Humayun whom he succeeded as ruler of the Mughal Empire from 1556 to 1605. He is the founder of the Din-i-Ilahi faith . His lineage was Turkic, and more distantly Mongolian. 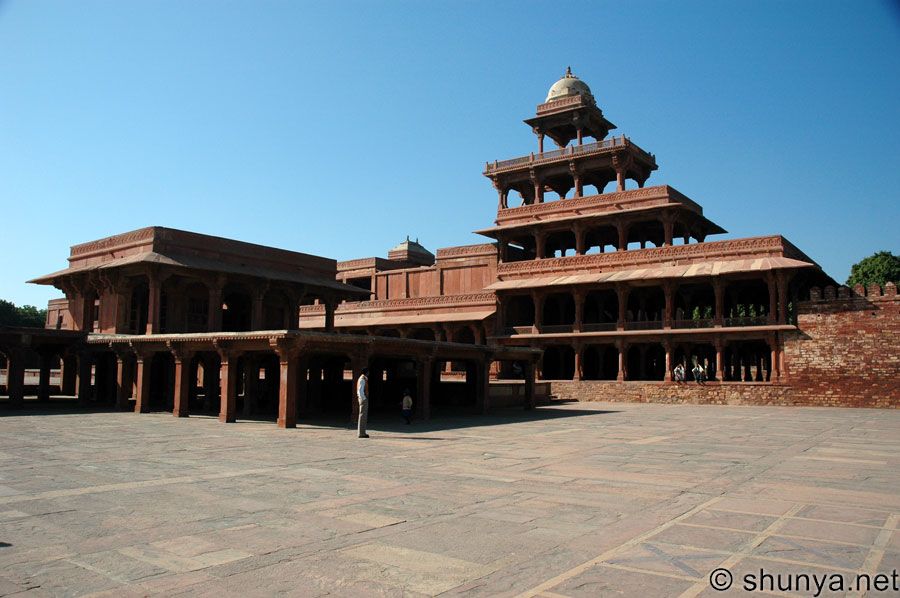 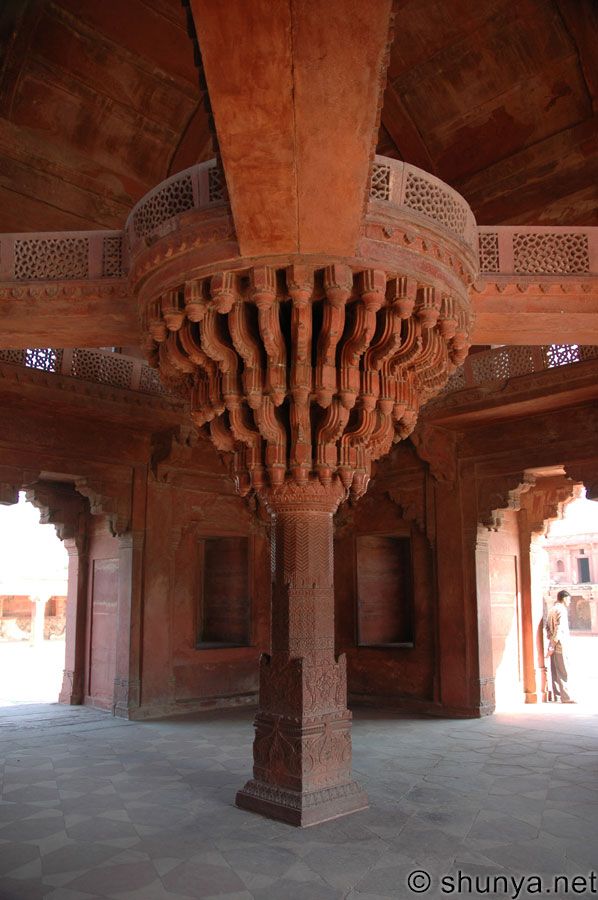 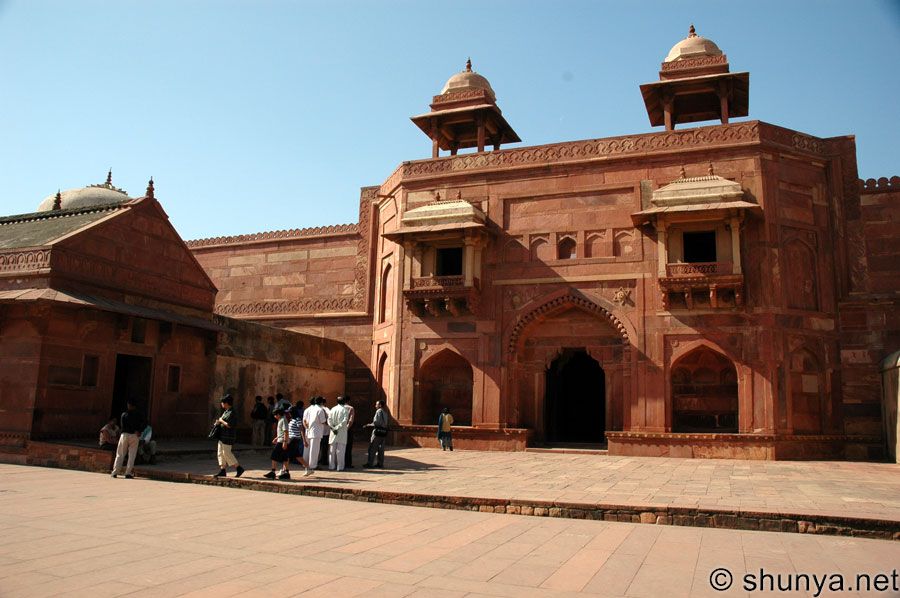 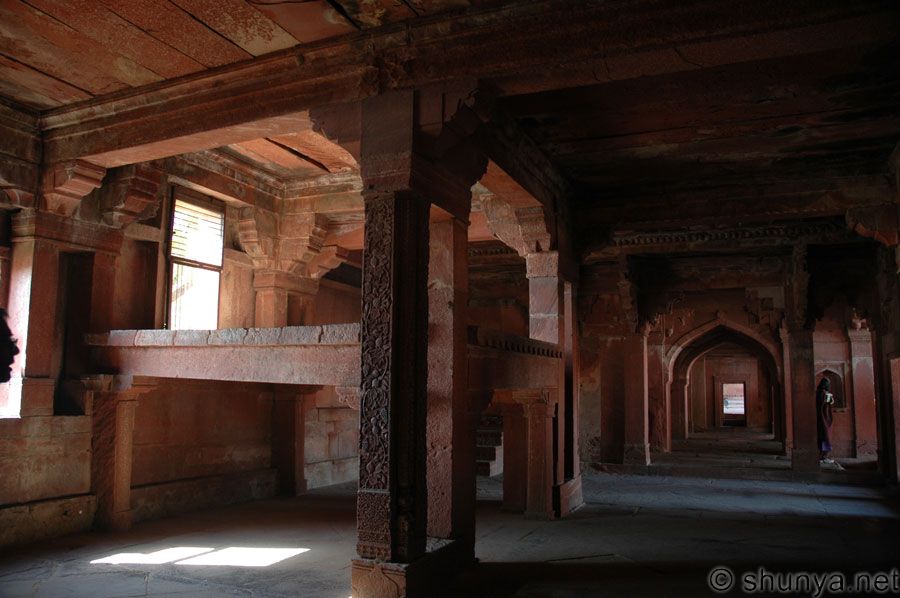 Akbar concluded that no single religion could claim the monopoly of truth. This inspired him to create the Dīn-i Ilāhī in 1581. Various Muslim clerics responded by declaring this to be blasphemy.This led to the creation of the Ibādat Khāna "House of Worship" at Fatehpur Sikri. 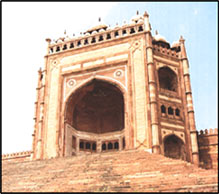 Akbar was later forced to abandoned this capital, possibly because of a lack of water.